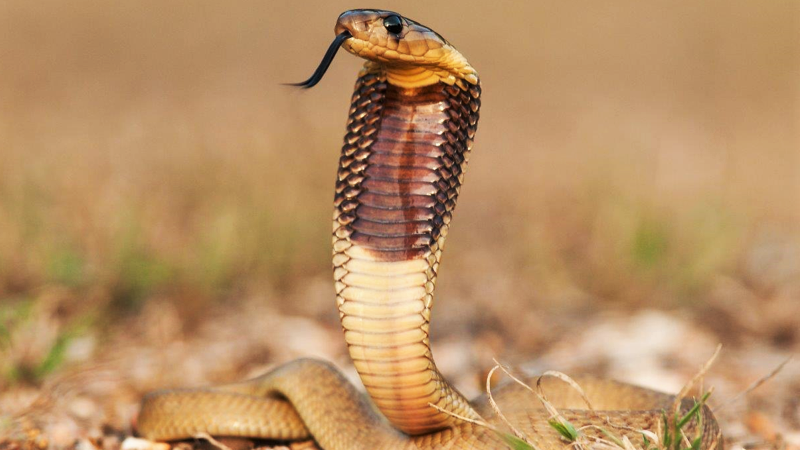 Table Mountain is a beautiful and unique mountain in Cape Town, with dozens of adventurous Table Mountain hiking trails. And when you make the decision to hike this popular Natural Wonder of South Africa, you get to witness the incredible natural beauty on and around the massive structure. It’s truly magnificent.

Of course, when you commit to going on hike up Table Mountain, there’s a lot that you will want to see there. Unsurprisingly, there are also things that you won’t want to see, one of them being snakes. At least, that is how most city folks feel (fear of snakes is a common phobia) and many hikers feel that way, too.

Are there snakes on Table Mountain? A relatively uncommon question that we receive about our hiking tours but an important one. Yes, there are snakes on the mountain. Moreover, some of them are dangerous. However, snakes are scarce on the hiking routes of Table Mountain and spotting them is rare.

There are 22 species of snake inhabiting Table Mountain, most of which are highly venomous and dangerous. Snakes are “introverts” and don’t normally behave aggressively. But, if they feel threatened by humans or animals, then they will strike. Venomous snakes are responsible for a lot of fatalities in Africa.

There are three particularly dangerous Table Mountain snakes to look out for while hiking the mountain: the Cape cobra, the boomslang and the African puff adder. More information…

The Cape cobra, or yellow cobra, is one of the most dangerous snakes on the mountain and in Africa. It has potent venom that causes the nervous system, heart and respiratory system to malfunction. It can kill a human in as little as an hour. Cape cobras, which range in length from 1.2 to 1.6 metres (3.9 to 5.2 ft) and can be yellow, golden brown or dark brown in colour, typically raise their forebodies, flare out their hoods and hiss in threatening situations, striking without hesitation when necessary. The snakes inhabit fynbos and bushveld areas. People often mistake Cape cobras for mole snakes, a non-venomous snake species.

Another serpent that falls into the dangerous Table Mountain snakes category is the boomslang (“tree snake” in Afrikaans). The boomslang, like the Cape cobra, is highly venomous and deadly. But, unlike the Cape cobra, its venom is a slow-acting hemotoxin that affects blood and blood vessels and causes internal bleeding. Boomslangs have large eyes and egg-shaped heads, with large adults reaching lengths of 1.8+ metres (6.00 ft). Males tend to be light green in colour with black/blue scale edges, while females are commonly brown. As the name suggests, the boomslang is primarily a tree-living snake but they do descend to the ground.

Watch out for African puff adders when hiking on Table Mountain. This snake species accounts for more snakebite deaths than any other snake in Africa. This is partly because they produce large amounts of cytotoxic venom, have long fangs and habitually lie around footpaths quietly. Don’t be fooled. While they may appear fat and lazy-looking, they can strike fast. They are known to hiss loudly and coil up in an “S” shape when disturbed. Puff adders in South Africa are large snakes that are yellow-brown to light brown in colour. They have edged chevrons on their backs and bars on their tails. Their heads are triangular with pointy nostrils.

Apart from the Cape cobra, the boomslang and the African puff adder, there are a few other snakes on Table Mountain that you will want to avoid. Two of the more dangerous ones are the rinkhals (ring-necked spitting cobra) and the berg adder or Cape mountain adder. Snakebites from these serpents don’t usually cause fatalities but they do trigger a variety of unpleasant physical symptoms. These symptoms include extreme eye/stomach pain, fever, drowsiness, nausea, vomiting and vertigo, depending on the snake.

Finally, as mentioned, there are snakes on the mountain that are not extremely dangerous. Some of these Table Mountain snakes include the mole snake, the Russet-backed garden snake and the Gopher snake. To be perfectly clear, these snakes can bite. Some, like the mole snake, can deliver a nasty bite. They are not venomous, though, and bites in humans hiking up Table Mountain very rarely occur, if ever.

What to do if you see a snake on Table Mountain

It’s very unlikely that you will spot a snake on a Table Mountain hike, especially if you don’t go looking. Simply keep an eye out on the trail ahead, with the knowledge that it’s not impossible to encounter one.

If you do happen to come across a snake, then do not pick it up or touch it. Stand still and move towards safety slowly and cautiously. The most important thing is to not make the snake feel threatened. If you do this, then there’s a good chance that it will attack. Be careful not to go off route into areas where you cannot see the ground properly. Also, do not put your hands or feet into holes, as there could be snake inside.

Thinking of going on a Table Mountain hiking trip in Cape Town? It’s always safer (and more enjoyable) when you go with a hiking guide familiar with Table Mountain snakes and routes. Check out our hikes.